With great anti-jam technology and even greater capacity with a price that’s hard to beat, this hopper’s an absolute winner.

It all started in 2012 when Nick Sloviak, an icon from Houston Heat, had pictures of him popping up all over the internet with a new kind of loader that no one had ever seen before.

It was radical enough, even in the shape (boat-shaped) that it turned heads. Thereafter, Virtue Paintball revealed themselves to be the manufacturers of this revolutionary loader. It has since been a major player on the market. It is actually the loader of choice for many professional PSP professionals.

The very first major advantage this hopper enjoys is how much value it offers, compared to its price. The Virtue Spire Electronic Paintball Loader is much more affordable than its greatest competition, which automatically puts it ahead of the curve. Additionally, it features such great things as tool-less disassemble, great capacity, upgradeability to a speed feed and anti-jam technology. But let’s not get ahead of ourselves and look at its greatest features one by one.

>> Check out our other highly rated paintball hoppers for speedball.​

Let’s have a closer look at the main features of the Virtue Spire Electronic Paintball Loader.

Up to date, this happens to be the lightest hopper you’ll find on the market. It’s so good, it’s much better than the Z2 and the Rotor, blowing them both out of the water on weight. You might think it gets much heavier once you load it to full capacity, but that’s not the case. Even after you’ve loaded the Virtue Spire Electronic Loader you still feel like you’re carrying something practically weightless in your hand. You no longer have to worry about those long games where you begin to feel like you’re going to lose, just because of the weight on your arms. 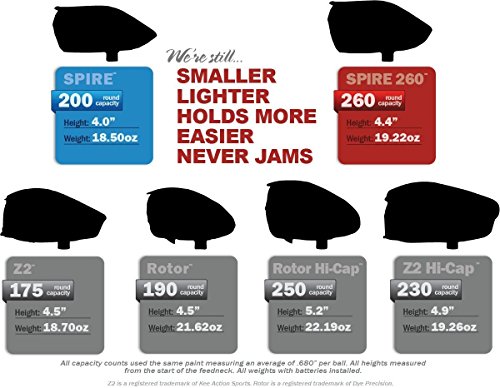 I think we have all been there at some point or other. You’re in the middle of a match and you set your sights on your opponent. The perfect moment presents itself and you have a golden opportunity to get the perfect shot of the enemy. You raise your gun, point, and pull the trigger, only for nothing to happen.

Okay, granted, jams are pretty common when it comes to paintball. In fact, they can be the difference between winning and losing, particularly when you’re matching up with your opponent one-on-one. And yet, despite them being so common with other hoppers, you don’t have to worry about them being a problem with the Virtue Spire Electronic Loader.

The G-force sensor on this beauty is force activated and will only feed paint into the gun when it feels your marker shooting. The anti-jam paddles are spring loaded and will quickly slide under any paint jamming your hopper and deftly push it away. 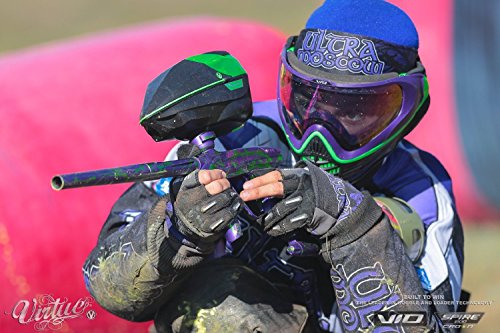 But what if both of these methods don’t work? What if, even after taking all those measures, my ball still jams? Well, in that case, there is the force feed button sitting right beneath the power button, which you can use to force your hopper to feed paint to your gun. Conveniently enough, the force feed button also doubles as the LED light.

It can feel pretty frustrating when you get yourself a high-end loader at an especially high price only to have to need tools to disassemble the hopper. No, seriously, think about it. You’re right in the middle of a game and need to clean out your hopper real quick. Or it could even be at the beginning of a game, who knows! You need to clean it out real quick so you need to disassemble it. But you can’t do it without a screwdriver and so now you have to either carry a screwdriver with you wherever you go with your paintball hopper or you have to look around for one as the need arises. It can all get very old very fast.

You won’t have any of those issues with the Virtue Spire Electronic Paintball Loader. The disassembly is tool-less and quick. There’s just one lock button, which you slide up and pull out and that’s just about it. You can put on a rain lid, change the batteries, or clean out any bad paint in less than a minute. 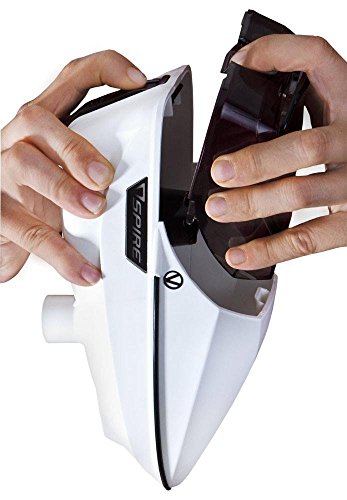 Customers loved the Spire IR system and how it totally eliminated the possibility of a jam on the machine. A lot of people also couldn’t get enough of the great capacity.

There were a few customers complaining about how difficult it was to change the settings. However, that said, it isn’t too difficult once you get the hang of it and besides, you’re going to do just fine on the factory settings for most situations.